In the autumn of 2021, Flor Bex and Lieve De Deyne agreed with the CKV to donate Flor Bex’s archive to the M HKA. This lavish archive covers approximately 20 meters and consists of correspondence, press articles, texts by Flor Bex, files on exhibitions, his research and teaching and various initiatives – in short, Flor Bex’s entire life course. In addition, the archive contains an extensive collection of photographs, often taken by Bex himself, audio-visual documents, an extensive library, and documents relating to his artistry, under the pseudonym Hubert Van Es. Due to the size of the total collection (approx. 55 metres!) the archive will be transferred in phases. Lieve De Deyne works together with the CKV to ensure that these transfers run smoothly. Thanks to her diligent care, the archive has also been kept orderly and in good condition.

Flor Bex (°1937, Antwerp) is no stranger to the Belgian and international art world. On the contrary, supported by his wife Lieve De Deyne, he can be regarded as one of Belgian art world’s most important figures.

Bex holds a master’s degree in Art History and Archaeology from Ghent University (1964). From 1972 till 1981, he was director of the International Cultural Center (ICC), and from 1985 to 2002, director of the M HKA, Museum of Contemporary Art Antwerp. In 1983 he founded Artefactum, Magazine of contemporary art in Europe. From 2002 up to till 2014, Bex was director of Bex Art Consult bvba Antwerp, from 2008 till 2009 Art Consultant for Aon Belgium BV.

In addition, Flor Bex has organised more than 700 exhibitions on contemporary art in Belgium and abroad; has been a member of several juries; and has drafted and supported various publications. He was active as a professor and guest professor at several universities, and was honorary president of the Belgische Vereniging van Kunstcritici/Belgian Association of Art Critics (AICBE-BE).

In Kunst in België na 1975 [Art in Belgium after 1975] from 2002, Flor Bex concludes: ‘Although our country is drifting further and further apart in political terms, the Belgian identity survives in the visual arts.’ 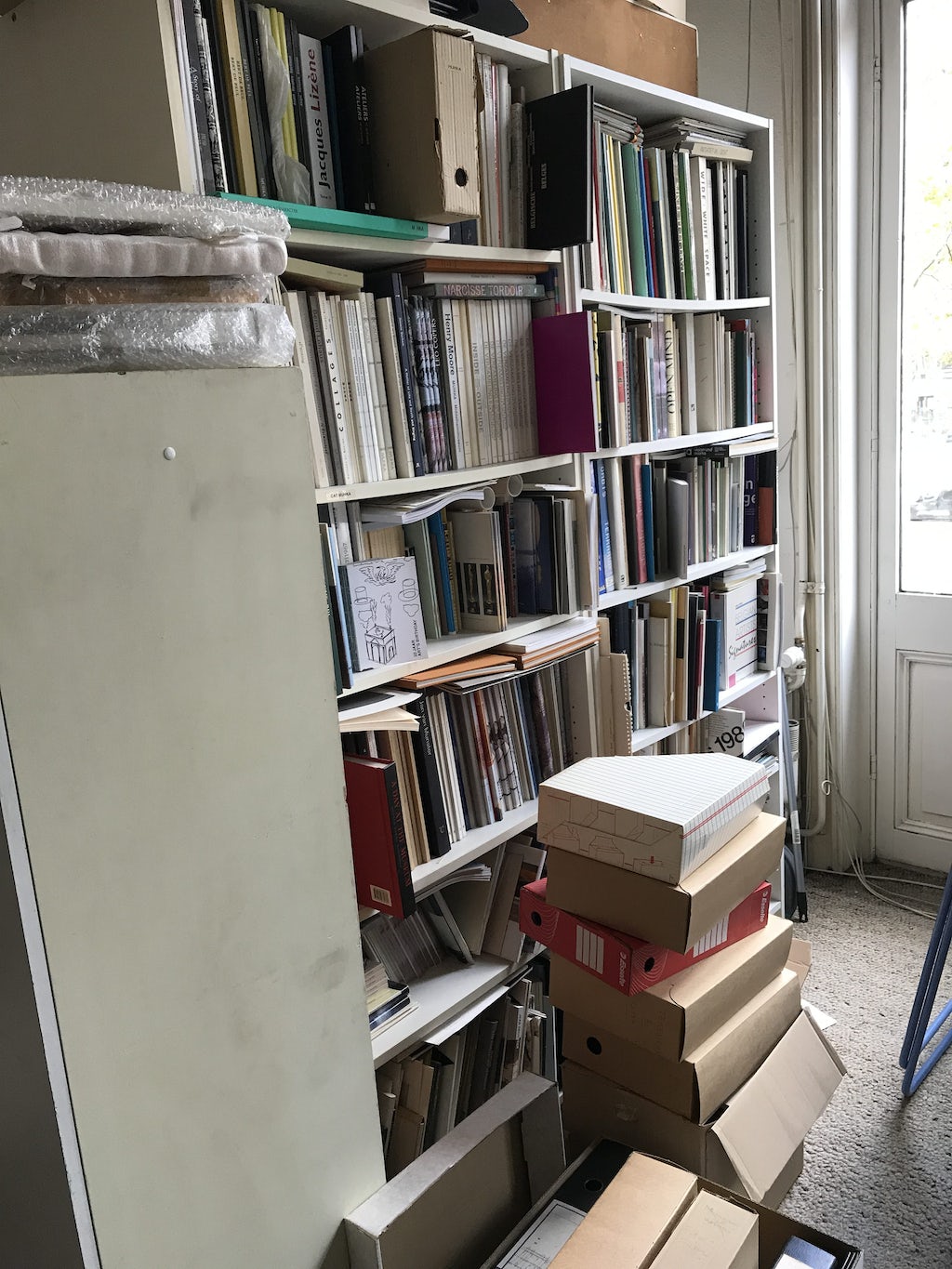 View on the archive of Flor Bex 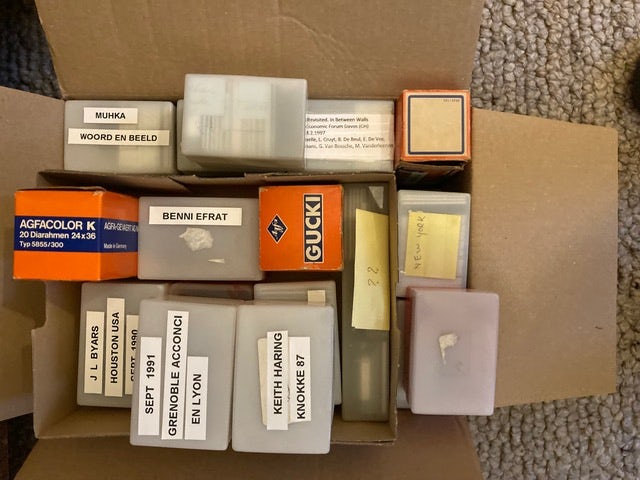 The archive contains a large collection of slides, carefully inscribed by Lieve.

Back to the overview
© CKV 2023
Stay informed CKV Newsletter