T.O.P. office (the Turn-On Planning Office) is an architecture and urban planning collective founded in 1970 by Luc Deleu (b. 1944). Deleu held his first solo exhibition that same year. It coincided with his farewell to architecture in the self-organised Antwerp gallery ‘Vacuum for new dimensions’. To date, he has given up neither architecture nor art. He sees both as closely related manifestations of the idea, ‘I am an artist because I am an architect’.

T.O.P. Office has always been radically focused on boosting the capacity for social reflection, employing all kinds of different methods to achieve this goal. It should first be pointed out that Deleu is a powerful presence on the Flemish and Belgian architectural scene, famous for his heated confrontations with the Belgian Architects Association, and for his nonconformist perspectives that shaped generations of architectural students and fundamentally transformed them into the lifeblood of the architectural debate. Among others, the concept of ‘design research’ that is currently so fashionable was an idea that he came up with and popularised. Published in 1980, the Orbanistisch Manifest [Manifesto to the World] represents the pinnacle of his capacity for critical discourse and advocates an urban planning mindset on a global scale.

This way of thinking also led – over many years – to social-urban reflection spaces such as VIP-City, which would be the site of both heterodox research and radical interventions such as ‘even distribution of the habitable surface among the global population’ and all manner of operationally designed applications that would enable such a system to function.

The radical ‘Orbanist’ intervention proposals not only exist within these large frameworks but also autonomously outside them. They exist as plans or models of scale, as well as in concrete actions, such as exercises in scale and perspective or container constructions.

They are linked to the specific spatial planning or architectural movements launched as part of or outside the framework of competitions.

All these things could nearly cause one to lose sight of the fact that T.O.P. office has a robust capacity as a practising architectural firm; the critical make-up of the firm also seems to have led the architectural field to ‘forget’ this possibility in the past.

Everything pertains to intrinsic architectural and urban spatial planning content. Nevertheless, the visual arts have always been a crucial field for Deleu and the T.O.P. office. It influenced its approaches and methodologies and was the object of devotion for a major part of the practice. As a result, the output of this part also uses the visual arts system as a design framework. Many of the radical intervention proposals, but also the public presentations on architectural spatial planning movements and socio-urban spaces for reflection, found a home in the visual art space, where they were also distributed and conserved. It’s for this reason that they can and should – to a certain extent – be seen as part of this visual art space.

The CKV and the Flemish Architecture Institute (VAi) are looking into how to take care of the archive, knowledge and ideas of Luc Deleu/T.O.P Office sustainably.  It does so in dialogue with T.O.P office: Luc Deleu – Laurette Gillemot – Steven Van den Bergh – Isabelle De Smet.
What are the options with regard to organising a legacy? What can remain in the public domain and how can a legacy function as the foundation that sustains the practice, both for the T.O.P office as well as other artists and designers? To address these issues, they organised various meetings between T.O.P. office, CKV/M HKA and VAi. During two closed workshops (2019), actors from the academic, architectural and visual arts fields were also invited to join this process, to look for answers pertaining to the conservation and valorisation of the archive in a broader context. 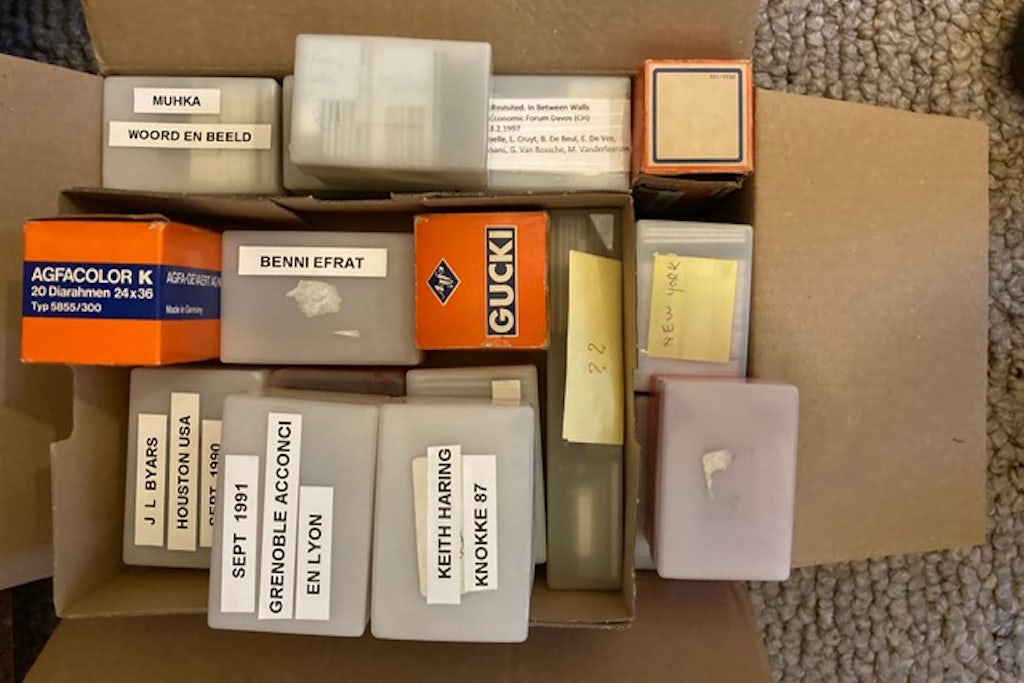